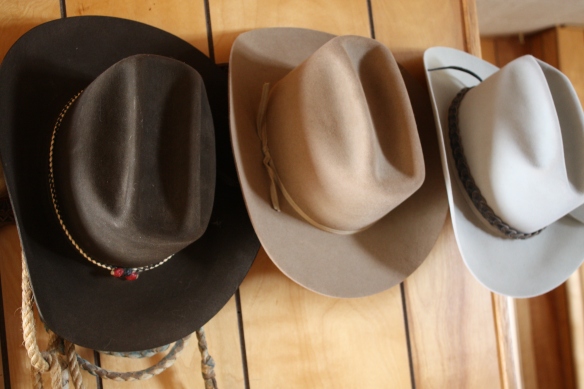 Dad wore a hat from the time he was old enough to walk.  At a young age he was nicknamed “Hoot” after Hoot Gibson, the cowboy movie star who wore a style of hat that Dad liked as a boy.  The hats pictured here were his dress hats, kept in hat boxes and now stored in the basement, along with much memorabilia from my parents’ past.  The labels inside indicate they were purchased at the New York Store in Buffalo, Wyoming.  Also discovered inside one of them was a yellowed little card that served as a cheerful reminder of “that’s not your hat!”

These hats fit fine, and on occasion I drag out one or the other and wear them.  Having a big head helps, as Dad wore 7-3/4 inch hat brim.

A little dusty, but still a good hat!

This old hat hangs in the loafing shed above where Tilly the filly has a stall.  Each day as I clean her bedding, I look up at this old hat. During our last blizzard the wind blew threw a crack in the wall and covered it with a fine layer of snow which added to the rich patina of grime.  The hat may have belonged to Dad, or one of the many hired hands who came and went over the years.  I prefer to think of it as Dad’s. 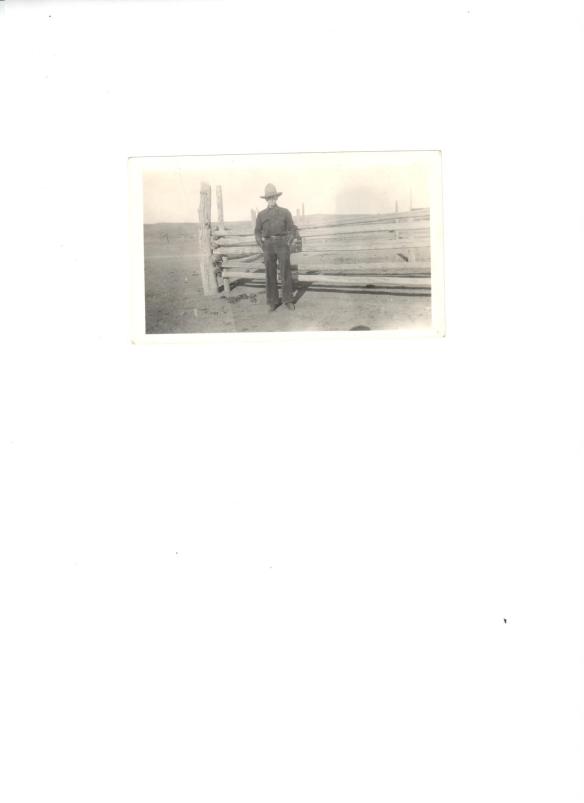