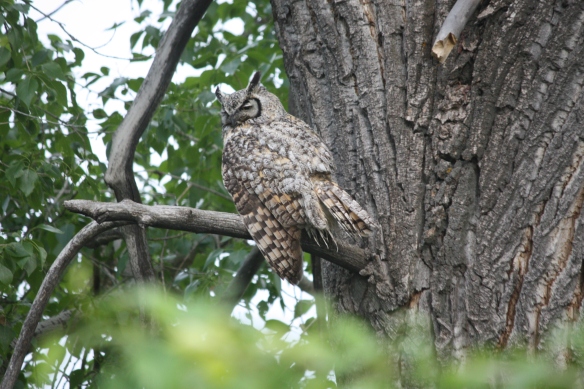 This grand fellow was peering through the living room window at me one morning as I was having a cup of coffee.  Bleu, the in-house cat, was sitting on my lap and we both felt someone or something was staring at us.  The owl was turned toward us with his great eyes penetrating the space between us, however by the time I returned with the camera he had turned away in boredom and begun his grooming. 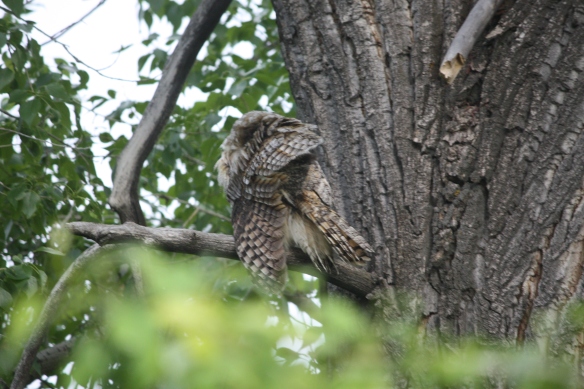 Stroking his feathers, poking and prying over his body, he became quite the contortionist as he stretched his head to reach areas of interest.  After some time, a loud clatter of black birds distracted him. 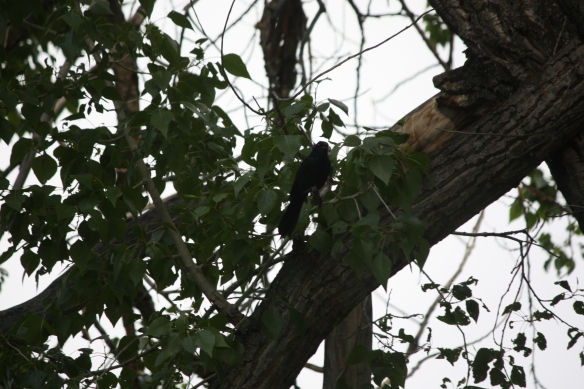 For the next half hour, a series of blackbird sorties to dislodge the owl created quite a stir in the canopy as they tried to protect a nearby nest.  The owl seems unperturbed. 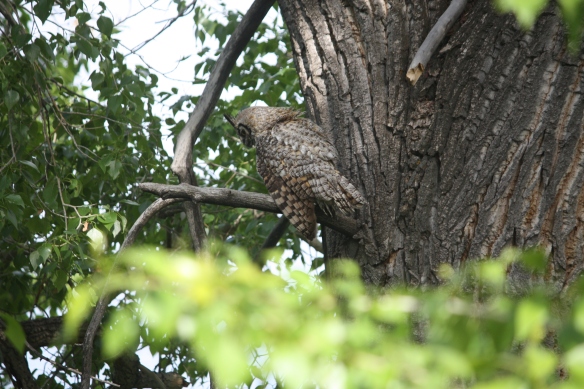 The lengthy vigil of this adult owl, whom we have judged to be the male of a mating pair, was surprising so close to the house.  We sighted an owl in a hole in an ancient cottonwood tree just north of the house most of the winter, and have listened to the lovely calls of two owls throughout the night during early spring.  The possibility of a nest we could observe was of great interest but we have had no luck locating it.  The hole in the tree did not appear deep enough to house a nest, but was a great shelter in a storm for the owls we frequently see perched inside it. 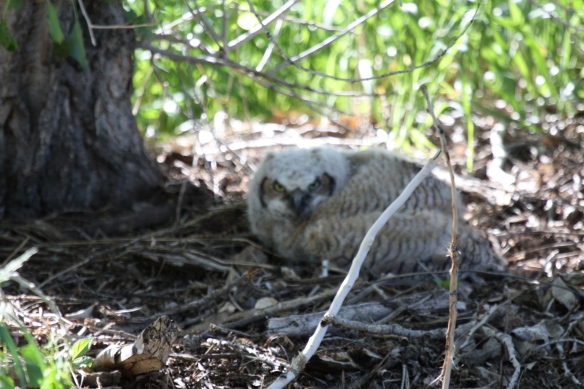 Awakened in the night by the distinctive cry of a baby owl, we began to search the tree tops the next day, certain that the fledglings were likely hopping from the nest into the branches of surrounding trees.  When we discovered this little baby on the ground not far from the old cottonwood with the hole, we surmised the nest was there all along.  And the adult male who perched up in a nearby tree was keeping his eye on baby below.  But something was amiss. 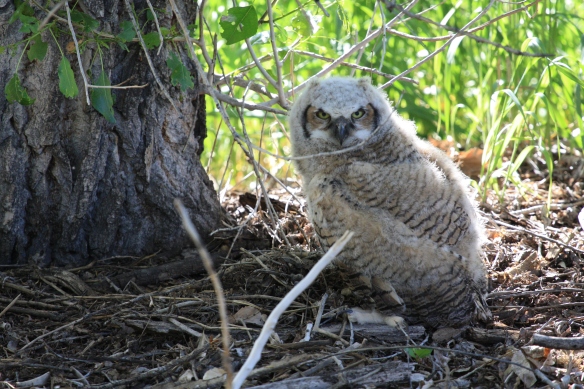 The next morning the baby owl was in the same spot near the base of a large tree.  We listened to his chirping for a second night and it seemed unusual that the tiny creature had not been rescued by the adult owls.  They were hovering in the branches overhead and obviously knew their fledgling was on the ground in harm’s way. 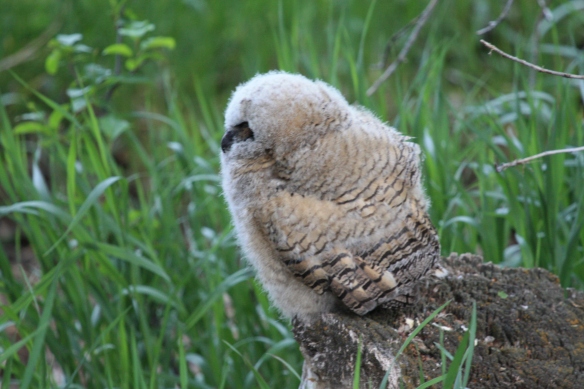 Morning of the third day, the little owl had hopped upon a stump and sat hunched into its feathers.  From past experience observing owls who have nested in our area, I felt this little owl should have been rescued by its parents and for some reason it hadn’t happened. We tried to stay clear of the area, stopped mowing and working nearby and kept a close eye on Rosie, our dog, so that the little owl would not be disturbed.  Worries that a fox or other predator would find it kept me awake at night.  And then the nightly chirping ceased. We could no longer see the little owl on the fourth day and assumed he had finally been able to move into the trees where he could continue his flying lessons.  We were greatly relieved, as the only alternative was to try to rescue the baby owl ourselves and hope we could deliver it to a raptor rescue center experienced in raising young owls.  We were saddened when we discovered the body of the baby owl lying just behind the stump where I had last photographed him.  An injury to its wing must have occurred when it fell or was blown out of the nest and the adult owls gave up on their baby.  It seemed a tragic waste of a splendid creature.

1 thought on “A Journey With Great Horned Owls – Chapter 1”