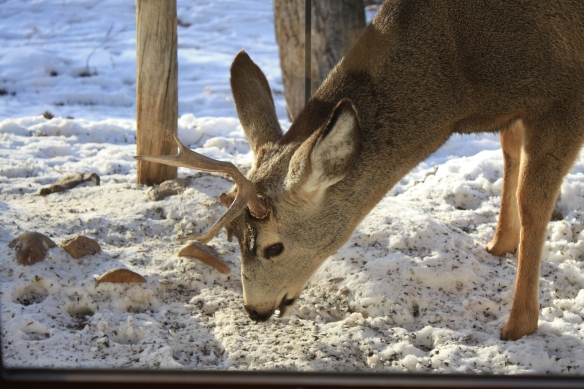 The snow and cold over Thanksgiving seemed to bring the deer out of the hills.  Everywhere we look lately, there are mule deer does, fawns and bucks browsing on piles of fallen leaves, branches and a little leftover bird seed under the feeders.  This handsome young fellow with a single horn and a stump of  another has been hanging around most of the autumn. 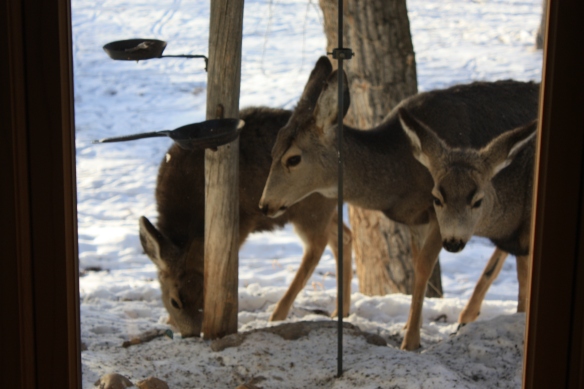 This photo taken from the bay window in our living room makes them seem almost close enough to touch.  They look pretty healthy in their warm winter coats and have had a fairly warm autumn up until the past week.  The Wyoming Game & Fish have recently announced declining numbers of mule deer throughout the state due to a number of reasons: competition with other ungulates (elk); loss of foraging plants (sagebrush and mountain mahogany); as well as chronic wasting disease reported on the western edge of the state. 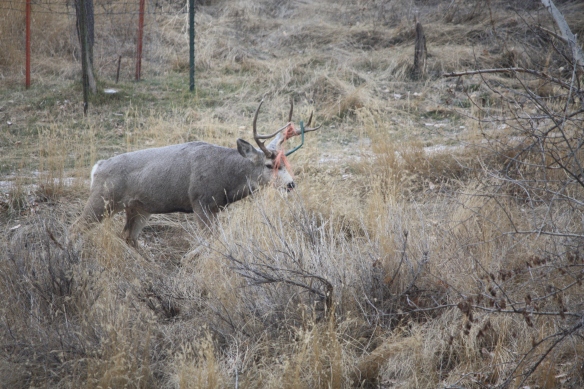 This big boy has been trailing some green and red strings on his horns but he won’t let us get close enough to determine what exactly he is adorned with.  It doesn’t appear to be causing him any harm, so his decorations will likely get rubbed off or fall with his horns in the spring.  We think he is quite festive! 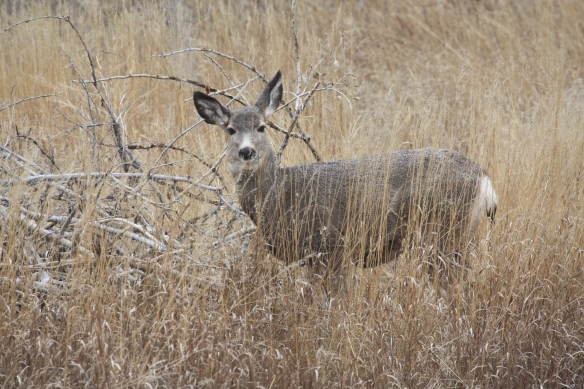 Standing along our walking path, this doe watches with mild curiosity as we pass.  The deer who hang around Dry Creek are used to us and rarely run unless we surprise them. Rosie, the ever-present family dog, has been cautioned to leave the deer alone unless they get inside the yard.  She ignores them on the trail.  Rosie has learned that deer are not to be reckoned with, but she only barks at them if she thinks they are not where they are supposed to be.  Smart dog!